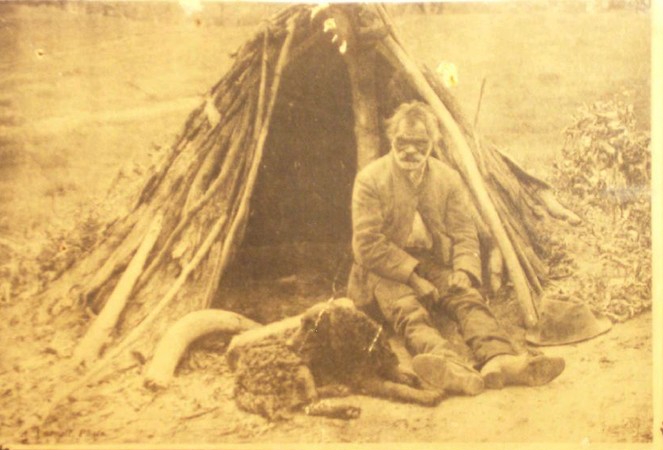 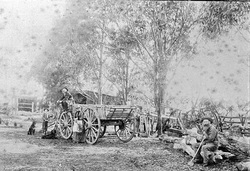 Lake Goldsmith 1885
Little is known about the early history of the Murray  Retriever. Murrays were developed around the early to mid 19th century, by duck hunters along Murray River of Australia. A special type of dog was needed to retrieve ducks off punts during duck hunting. Obscurity of the Murray's origins is typical of many older dog breeds as owners and breeders did not keep records of their dogs. The dogs were solely for their function as retrieving gundogs. The lack of written documentation is typical of many landrace dog breeds. Breeds which developed due to dogs being selected for the function they performed rather than their "breed type". This practice saw the development of "specific breed types" over time as dogs who were similar in ability and physical type were bred to each other. This is where the term "function developed form" is used.


The dog needed to be a good retriever, able to cope with loud shot gun noises, intelligent, able to swim well, have large amounts of stamina and work from duck punts. There is confusion as to the dog breeds used to create the Murray, some believe that the Murray was descended from dogs, perhaps American Water Spaniels (AWS), brought here by American captains employed on the Murray River steamers in the 19th century.The AWS and Murray do appear around the same time and have parallel developments.However there are reports of Murrays  on the goldfields which would pre-date this theory. Another theory is that the Murray represents what was a popular form of retriever in the United Kingdom and Europe in the early 19th century.The now extinct Norfolk Retriever has been put forward as a possible source of the breed. This seems to be based on the similarity between the Murray  and the description of the Norfolk Retriever from the book British Dogs published in 1879 by Hugh Dalziel. It is interesting to note that the time  was at the end of the Agrarian Revolution and start of the Industrial Revolution people moved to cities where they had no use for their working dogs. The countryside was depopulated of people and dogs only people who migrated took their working dogs

The original retriever  was the retriever of the common people or poacher. Somehow it was brought to Australia and North America by early settlers where it survived and developed into the  Murray and AWS. There are reports of brown curly dogs in Hobart in the 1840s. The Murray is also believed to have been popular with Australian indigenous people as a hunting companion as evidenced by Mullawallah of the Ballarat region. Elsewhere this type of retriever became extinct  but similar types did exist in the United Kingdom and Europe. The Curly Coated Retriever, which the Murray is often confused with, did not appear in Australia until circa 1870. The CCR comes in black and liver, the Murray only comes in liver. Recent DNA profiling revealed at the Murray's on Murray Event in October 2012 proved that the Murray falls on the gundog spectrum but is not closely related to any other gundog. The DNA of the Murray proves it is a unique and diverse breed worthy of preserving..  More DNA testing is being carried out. 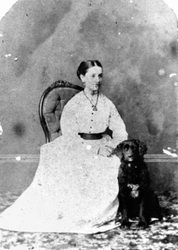 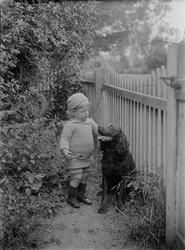 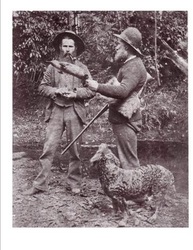